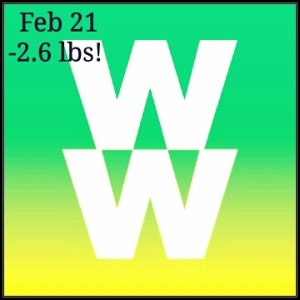 Last week was an interesting week for me….emotionally and mentally. No matter what I did, I could no shake this feeling of insecurity, anger, resentment, worry and annoyance. I was a peach to work with….just ask my co-worker V….poor guy. I believe it to be the big ol’ universe testing my resolve.

The week began and by the end of Monday I was convinced it was just the day and work and so I began to eat my way through Monday and come the evening I had had enough. I woke Tuesday with the determination that no matter what the day or week through at me food was not going to have a role. If I was angry then I felt angry. If I was annoyed then I was annoyed. If I was insecure then I was insecure. I did my best to feel the emotions experience and then let them go. If there is one thing I am clear on…this journey of weight loss….all mental. Each day last week was like my Monday. I felt more emotion this last week than I have in the last 3 years. I spent a majority of the evenings crying. Yup, I sat on the couch and cried, but I did not eat. I wrote in my journal I spoke with the occasional friend, but the common theme was to feel the emotions. Talk about uncomfortable! I was raised to stuff those suckers down….way down….with food. Bubbling to the surface is all of these emotions.

Waking up Saturday morning I had no idea what was going to show up on that scale, but I had set the goal of 3lbs and so when I stepped on the scale I was quite happy to see the loss of 2.6, bringing my totally for two weeks to a loss of 6.4lbs!

When I look back on last week there are a couple of celebrations. I didn’t use food to make it through the week. I stuck with my points, used some of my weekly extra points, but I didn’t eat to escape the emotion. I received a really amazing email from someone on a hit show on the TLC network which sent me over the moon. I am using that amazing message as a sign to keep going….the universe is a funny little bug. I truly do believe that the universe (God, Buddha, Ala, whatever you want to label it) has a plan, you have to make the decision moment to moment to move towards what you want or away from what you want. Moving away has gotten me here, so time to get uncomfortable and move towards what I want, fears and all.

Goal this week: WATER! I need to do some serious work around my hydration. This week my goal is 2L of water a day!

When you are an #essentialworker and trying to do the whole #selfcare thing....you break the rules, jump the fence.....go around the gate, and visit your #happyplace ❤️ . . . . . #waterbaby #calm #deepbreath #beautifulbritishcolumbia #vancouver
Happy St.Patrick’s Day everyone!! May today bring the world some luck and laughter to get through the craziness that is going on outside 🍀☘️ . . . . #stpatricksday #luck #luckoftheirish #coronavirus #gottalaugh #kissme #wave #senseofhumor